BWTS – Highlights of the year 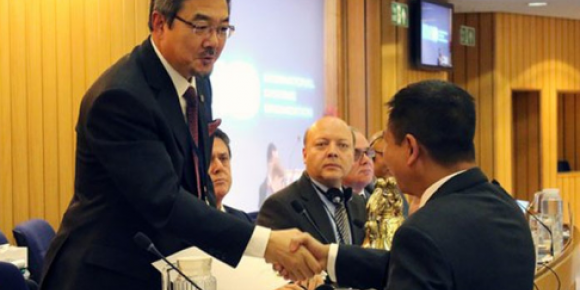 For the Ballast Water Treatment Systems market, the year started with uncertainty and, through numerous (psychological) peaks and valleys, finishes with uncertainty and intense rumors insisting on the IMO Convention’s EIF in November 2016. Those rumors may most probably be verified or disproved before the end of the year.

Only yesterday, one more issue has come to intensify the uncertainty: UV proposed method of testing MPN has been allegedly rejected by USCG. Official announcement on this very important issue for the whole market is expected.

Let us recap the year’s developments concerning this market by stating that progress is made but progress is slow. Delay is the word, when it is to be said for the USCG type approval related tests, although they are supposed to be the most decisive series of events for this market, attracting the attention of all market players.

ARGO NAVIS, by the end of year 2015, is found to be occupied with almost weekly onboard surveys reaching the amount of 75 ships scanned so far, numerous feasibility studies and seven (7) final installation studies in progress, three of them to be almost finished by the end of the year. Most of them are to be materialized within 2016, while at least three (3) more are ordered to commence within the first quarter of the year.

Finally, ARGO NAVIS has sponsored the GREEN4SEA Masterclass event on Ballast Water Treatment Systems which took place on December 16th, 2015 in Athens, while two presentations of ours have transferred our point of view and gained experience on the installations studies and the works specification.