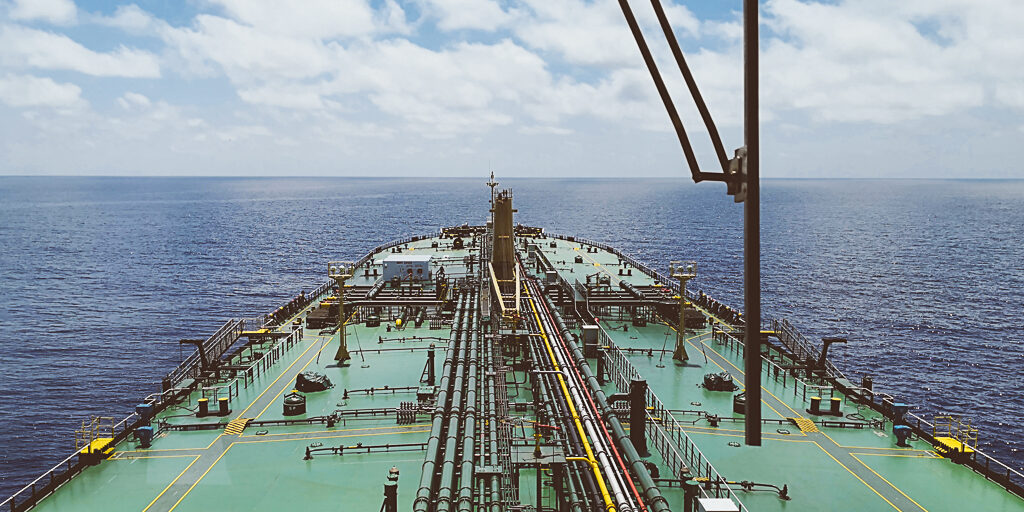 The Argo Bulletin Issue 1 looks at how the IMO’s operational approach for GHG reduction affects the industry.

The IMO is aiming for a 40% reduction in the carbon intensity of international shipping by 2030 with a series of new draft regulations that introduce the Energy Efficiency Index (EEXI) and the Carbon Intensity Indicator (CII). The new draft regulations have been approved by the 75th session of IMO’s MEPC Committee and will be put forward for adoption by the 76th MEPC later this year. The regulations represent a two-pronged technical and operational approach to reducing GHG’s emitted by international shipping.

In this, our first bulletin, Argo Navis Engineers seek to demystify how the introduction of the CII will affect the industry and its decision makers.

Monitoring of the CII becomes mandatory from 2023 but expect the IMO to offer an adjustment period during which calculations are done only for reference and reported to authorities without fear of penalties.

The CII is a cap on emissions but the metric ultimately boils down to one thing – the fuel consumed for each voyage divided by the quantity of cargo carried.

To satisfy a minimum acceptable CII rating for a vessel, the amount of fuel to be consumed for a specific voyage must be calculated. It is then possible to adjust the speed of the vessel accordingly to meet this rating.

The way the CII is calculated means that older vessels operated at a lower speed can score better than even their newer counterparts with lower Attained EEDI/EEXI values operated at a faster speed.

The CII rating is calculated as the average for the whole year and so a single voyage will not significantly affect it. Still, the CII can fluctuate between sister vessels or between different years of operation for the same vessel. Though ratings will obviously vary during the initial adjustment period, expect that vessels will be operated on a minimum acceptable rating of “C” once the CII becomes mandatory.

There are two main definitions of carbon intensity (i.e. carbon emissions “per transport work”) competing to be used when calculating the CII metric – the IMO’s own proposed Energy Efficiency Operational Indicator (EEOI) and the Annual Efficiency Ratio (AER).

Both are expressed in the same units (g CO2/ton-mile), but the AER avoids the sensitive issue of defining Mcargo.

When it comes to defining rating tiers, it will not make any difference whether the EEOI or the AER is adopted in CII calculations. Should the AER be adopted, the resulting smaller CII will also mean a lower acceptable limit defined by regulators. The EEOI calculates a larger CII and, in this case, the minimum acceptable limit will be set higher. Any disputes about which metric best describes carbon emission tiers per transport work are not relevant as regulators will set limits according to their emission reduction targets.

Unlike the AER, the EEOI takes into consideration the actual amount of cargo onboard, not the design DWT. That is why we feel that the CII can be more realistic, thus serving its purpose in a more effective way, if it is calculated using the EEOI. Only then will the CII accurately reflect the carbon emissions per transport work.

Effect on the Industry

As the CII is an operational metric, technical factors (i.e. hull design, equipment type or vessel age) will have a very limited impact on a vessel’s rating. Nevertheless, vessels with a lower Attained EEXI/EEDI will be able to sail at higher speeds when compared to their more inefficient counterparts.

One issue which might be of concern to owners is the possibility of rules put into place for a
minimum standard deviation from each rating. For instance, will it be possible to sail with a mix of “E” and “A” CII ratings to achieve the coveted minimum “C” rating at the end of the year?

Charterers’ obligations won’t be limited to fuel compliance. Soon, they will not be able to instruct a vessel to operate in ways that jeopardize its CII rating. During this early adjustment period, CII rules and clauses will not appear in charter party agreements. Only when the CII becomes mandatory will charterers and operators be held accountable to the adherence of CII regulations.

Due to the reduction in vessel speeds, there may also be a market benefit from the increased tonnage demand since the total transport capacity of the world fleet will be reduced.

Finally, the CII (calculated either using the EEOI or the AER methods) may not substantially affect charter rates. The IMO is taking its time to apply this regulation – it is including a generous adjustment period and a slow emission reduction rate. That means that cargo trading and fuel prices will continue to be dominant market drivers at least until 2026.